COMMENT: Graeae Theatre’s “Write to Play” sounds like an great opportunity for writers with disabilities. Here’s why you can count me out. 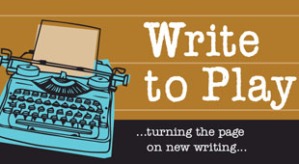 Last week I had one of the strangest experiences in my writing career. On Tuesday, a writing opportunity came up on Live Theatre’s Twitter feed, from Graeae Theatre Company. Normally, I don’t bother with these things. Blog regulars will know I’m generally cynical about script submissions and competitions – the rest of you can look here to see the depths of my cynicism. The reasons I rarely take part are many and varied, but the bottom line is that the chance of getting somewhere is usually so vanishingly small it’s not worth my time to put an e-mail together. But this was different. It pays well – and believe me, I could do with the money. It would involve a partnership with Live Theatre – and there’s nothing I could use more than a new writing theatre seeing first-hand what I’m doing. And – most crucially of all – what they are looking for would put me with an excellent chance of getting this.

But I didn’t snap it up. I had reservations. For six hours, I ummed and ahhed about whether to put myself forwards. And then, coincidentally, I read an article in The Stage where the artistic director Jenny Sealey called for something I fundamentally disagreed with. So I said what I thought of this idea, and put myself fundamentally at odds with her position. And in doing so, I think I’ve burnt my boats. I don’t think Graeae’s going to be coming back to me in a hurry now.

So what was this programme that looked so good? It’s their Write to Play scheme, now in its third year. What do they look for? Live in the Yorks, Humber or the north-east. Tick. Have a passion and commitment to writing for stage. Tick. Have experience of writing for performance. You betcha. And the biggie: identify as deaf or disabled. In law, yes. That’s most of the competition out of the picture – and also the problem I have with this opportunity. Let me explain.

Diversity in the arts is a big thing at the moment. Whether it’s white dominance in Hollywood, films that fail the Bechdel test (my thoughts) or which side’s making death threats this week over the issue of female characters in computers (dudes, take it easy, it’s only pixels), everyone seems to have their opinion. What seems to have the least interest, however, is people with disabilities – perhaps because a lot of the people affected have enough of their plate getting on with their lives and don’t have time for these crusades. But I have a personal interest because I have Asperger’s syndrome.

I’ve known I’ve got Asperger’s for just over four years. Sometimes I will comment on this when it has a particular relevance to the arts, but most of the time I don’t make a big thing of it, because I don’t see it as a big deal. On the one hand, I might be poor at networking with people who could help me, I might not register how actors are feeling when I mutiny’s brewing, and I might not get the subtleties of human emotion. On the other hand, I push myself long after most people would give up and watch TV, I have an extremely good catalogued memory for the 400 or so plays I’ve seen over the last five years, and I’m pretty good at keeping track of complex plots and sub-plots in the plays I write. In short, I’m good at some things and shit at others – the same as everyone else. In short, I have no idea whether or not it’s disadvantaged me in theatre. (My old day job is a different matter completely, but I will come on to this in a moment.)

Of course, I can only speak for myself. There’s a huge range on the autistic spectrum and what’s not a problem for me might be a problem for someone else. And some other disabilities most definitely are a problem. Could I have done what I’ve done so far if I’d been paraplegic? Most small and fringe theatres are completely inaccessible to wheelchairs – that’s not really the fault of the theatres, who are often stuck with buildings that are impractical to improve, but that’s no consolation to someone who need wheelchair access. Could I have produced my own plays if I was deaf or blind? These are all barriers that have to be taken seriously before scoffing too much at a scheme like this.

Then there’s the questions of public attitudes towards disabilities. I don’t normally have much time for the idea that you’ve got to promote people from supposedly disadvantaged minorities to prove to the public they’re capable of achieving things – but I know from bitter personal experience the shocking attitude some people have. I won’t give a blow by blow account of what happened in my job, suffice to say the moment I found out I had Asperger’s, those oh-so-diversity-friendly people at the Passport Office promptly ruled I could not transfer to a job I’d done before until I had a medical assessment proving I could still do it. Perhaps attitudes do need changing – and quite frankly, if someone wants to pay me me nearly two grand to prove the amazing discovery that someone with a disability is capable of continuing to do something he managed perfectly well before the disability was diagnosed, I won’t argue too strongly.

So I must admit I was tempted by this opportunity. If I got picked, it could involve me getting money and exposure to carry on doing what I’m doing already, and Graeae getting a poster boy for their positive message that people with disabilities can be writers too. Only problem: I don’t want to be a poster boy. Other people who get an Asperger’s diagnosis choose to campaign and champion the cause, but that’s not for me. First thing I decided when I knew about this condiotion was that I didn’t want any special favours. I wanted my writing to succeed or fail based on what I write, not what I am. But then, plenty of writing opportunities are reserved for demographic groups deemed to be disadvantaged. Is Write to Play really so different. Am I cutting off my nose to spite my face?

So what happened at 4 o’clock that made me burn my boats? It was, quite coincidentlly, this article in The Stage, where Graeae’s artistic director was suggesting fining theatre companies who don’t have enough disabled actors. I don’t normally comment on minority quotas, but once you’re demanding other theatre companies include quotas of disabled applicants – and, realistically, the only way you can do that is to force writers to include disabled characters in their plays – that becomes an issue of freedom of speech. And since I have strong views on freedom of speech, I said what I thought of this. Nothing too impolite, I hope, but I think it’s enough to scupper my chances of working with them. I don’t think they’ll be reaching out to me any time soon.

But if it means I’ve thrown this opportunity away, so be it. I can’t work out exactly what Graeae’s attitude is towards disabilities, but this sounds too much like quota-filling to me. And I don’t want to be a quota-filler. I don’t want money or attention or pity, I just want to be included. And the way they’re talking about quotas, they’re making it sound – intentionally or not – like everyone they’re helping couldn’t have done it without them. And I don’t want that label. I don’t want people seeing my work on stage and thinking I’ve only got there because of special treatment. Sorry Graeae, but count me out.

Now, this is just my interpretation of what they’re saying. Perhaps they can clarify what they mean. If they clarify that they believe plenty of people with disabilities are capable of careers in the arts without special treatment (other than being inclusive of people who are different), fair enough. If they concentrate their efforts on those people who do need support, fair enough. But if that’s the case, there are people who need Write to Play more than me. Not everyone with a disability can turn round and say it doesn’t matter. Not everyone can say “No special treatment please.” I won’t begrudge anyone who wants to apply for this scheme, and I’ll wish the best to those who get the places. But it’s not the thing for me. And if they’re not careful, they won’t do any favours to people like me.