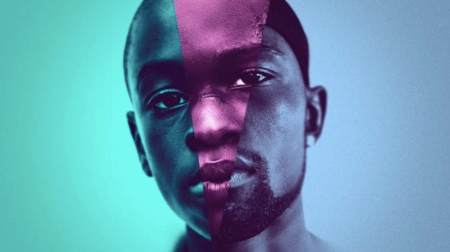 COMMENT: It’ll take more than a Best Picture award to solve the racial disparity in Hollywood. The root problem is the broken culture of A-lister casting.

I know I’m a bit late to the party on this one, but I’ve been wanting to comment on the news from the Oscars. My main interest is, of course, the fiasco over reading out the wrong winning film, because I work in a job where I have to think over everything that could go wrong, and, quite frankly, PWC’s fuck-up is unforgivable. But on the expectation that most of my audience aren’t risk management nerds, the other news was Moonlight, the proper winner. After the big #OscarsSoWhite row last year, this was seen my many as a breakthrough where a low-budget film with an all-black cast did so well.

I am hopeless at keeping up with films, so I haven’t seen Moonlight  (or La La Land, or any of the other numerous films I’ve resolved I absolutely must see), but I’ll take the word of everyone who says how great it was. A lot of people are talking about how this will change attitudes to race and casting in Hollywood. Without being able to earwig on what film producers and casting directors say about race, it’s hard to say whether there are attitudes that need changing and whether films like Moonlight can change this, but that’s a red herring. As I see it, the root problem isn’t attitudes. It’s money. Money, and the broken system of casting lead roles that comes with it. END_OF_DOCUMENT_TOKEN_TO_BE_REPLACED

Northern Stage have just completed their Queens of the North season, with the headline act being two plays with prominent female leads. As well as this, there were other plays and events that are, to use Northern Stage’s words “Stories by women, about women, about humankind through the eyes of women”. However, out of all of the events I saw, by far the strongest one was neither Dr. Frankenstein nor Hedda Gabbler, but a lower-key production over in Stage 2. So let’s begin with this.

Paddy Campbell’s new play, it must be said, had a pretty tenuous link to the Queens of the North season it was officially part of. A play that explores young people leaving foster care through their own words, both male and female, the only vague claim this has to be about humankind through the eyes of women is that the artistic director of the performing company Curious Monkey happens to be female. This play would surely have been programme with or without a Queens of the North season to put it in – it would have been crazy not to, given the following both Curious Monkey and Paddy Campbell already had.

But, hey, whatever, that’s just marketing. What I’m really interested is the play. I knew little of Curious Monkey’s previous work, but this was playing to Paddy Campell’s greatest strength on writing very fairly and knowledgeably about the social care system. The only question was whether a verbatim play could live up to his previous more conventional scripted plays. Well, what do you know? It has; in fact, it’s surpassed those expectations handsomely. END_OF_DOCUMENT_TOKEN_TO_BE_REPLACED

Okay, we’re quite a bit into March now, so I’d better hurry up with this. Sorry this is late, but I didn’t want to delay the Vault Festival reviews any further as I had a couple of press ticket reviews waiting on that. But now that’s out of the way, let’s turn attention to what else happened in February.

Beyond the End of the Road

You may recall that last September I reviewed a scratch performance from The November Club, a theatre company heavily based in rural Northumberland. Beyond the End of the Road is set in such a small community, a fictitious village based on interviews with people in similar real villages. As well as the research to get the community feel right, there’s lots of live music in the story, with guitars and other instruments cleverly used to represent all sorts of props. The most promising bit, however, was the story of two outsiders returning to their home village for different reasons. And then, just when things got interesting – it finished. END_OF_DOCUMENT_TOKEN_TO_BE_REPLACED 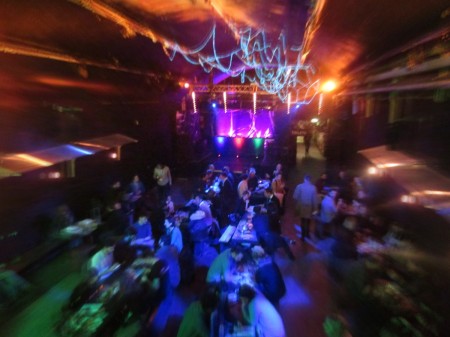 So Vault 2017 is on. This time last year, doubts were being raised as to whether there would be a Vault 2017 at all owing to financial worries. I was always a little sceptical of this worry, because realistically this space can’t be used for anything else, but whatever the worries, this year, it’s as busy as ever, with no sign to a casual observer that there was ever any trouble. So I found the time to get myself down to London and dip my toe for four days.

To repeat the same thing I said last year (and will probably repeat every year), the Vault Festival should not, as some in the arts press suggest, be considered London’s answer to the Edinburgh Fringe. The whole point of the Edinburgh Fringe is that anyone can take part. The Vault Festival, on the other hand, is a curated festival. I don’t like this blurring between the two kinds of festivals, because this encourages the practice of claiming your festival as a fringe then curating it (e.g. York, Ludlow), depriving entry-level performers of opportunities to get started that is so desperately lacking right now.

This is not in any way the fault of Vault – they never claimed to be a fringe themselves, it was other people who labelled them that way. It would help, however, if they were open about how they curate the festival so the difference is known and understood. I heard that a lot of acts this year was chosen based on a theme of “space”, but that could mean anything, and I always think it’s better to be open about this.

Anyway, enough of that. Let’s get on with covering the festival. END_OF_DOCUMENT_TOKEN_TO_BE_REPLACED