Sherlock Holmes is tougher going than your average Blackeyed production to follow, but Nick Lane once again produces a good adaptation faithful in many ways, and the changes work to the book’s strengths.

Few touring companies are in the enviable position of Blackeyed Theatre. A company that makes a name for itself in one thing is doing well, but Blackeyed had done this in several areas. John Ginman’s adaptations of Dracula and Frankenstein were impressive enough, and their faithful but excellent performance of Teechers is another string to their bow, but to have topped this last year with Nick Lane’s adaptation of The Strange Case of Dr. Jekyll and Mr. Hyde was exceptional. The only down-side? This wasn’t quite the first performance. It was the first performance on a tour of this scale, and the addition of an extra character making it look like this was how the book was written all along was superbly executed, but the credit for risk-taking goes to a couple of earlier smaller but highly-acclaimed performances. Even so, a second play written and directed by Nick Lane was a no-brainer. This time, however, it really is a full premiere – no playing it safe and letting another group perform it first to see how it goes.

And so Blackeyed Theatre are spending the best part of a year touring Sherlock Holmes: The Sign of Four – not quite a Gothic horror tale that Blackeyed have built their reputation on, but still something stylistically similar. This time, Nick Lane has written a more faithful adaptation of the book, which one might think would always be the logical choice for a murder mystery, but you might be surprised. I have seen countless stage adaptations for crime stories, from Conan Doyle to Christie, that spoiled the story by mucking around with the plot from the book. And not just dumbing down – that I could at least understand – instead, I have seen major plot points such as the identity of the killer changed for utterly inexplicable reasons. Not that you should clump in Christie and Conan Doyle; that’s the other disservice done to Sherlock Holmes stories. It’s rare for these stories to work to a climax of bringing everyone together into a room to identify the villain, and you do Sherlock no favours by trying to pander to this expectation. END_OF_DOCUMENT_TOKEN_TO_BE_REPLACED

Damn it. Fringe season has come around again and I still haven’t finished feeling knackered from the last fringe season. But time waits for no man or theatre blogger and I’d better get a move on with my coverage. So let’s start at the beginning. The first fringe coming up is Brighton, and my first bit of coverage is my list of what’s worth seeing.

A reminder of how this works firstly. There are round about a thousand different listings in the Brighton Fringe programme. Even if I ignore everything outside of the theatre section of the programme, I cannot possibly be familiar with more than a fraction of what’s on offer. I could of course analyse the reviews to get a sense of what’s the best that Brighton Fringe has to offer, but I want to offer something different. Shows with lots of good reviews already have publicity – I prefer to focus on things I’ve seen for myself, whether or not they’ve had praise elsewhere. So once again a reminder: this should be treated as a cross-section of what’s worth seeing at the Brighton Fringe rather than a comprehensive list. END_OF_DOCUMENT_TOKEN_TO_BE_REPLACED

Sabrina Mahfouz’s adaptation of Malorie Blackman’s young adult novel is an intricate yet accessible depiction of a racially divided world that might have been.

I don’t normally start a review with a spoiler warning, but if you’ve already decided to see this play and you don’t know about the Noughts and Crosses series, I advise you to stop reading now. Pilot Theatre advertised this play as tale of forbidden love in a world of racial tension, but they deliberately omitted one important bit of information about what sort of world this is. The revelation comes in the opening scene – it won’t spoil the scene, let alone the rest of the play, if you know what it is, but it’s better if you don’t.

However, a review of Noughts and Crosses that doesn’t tell you what the Noughts and Crosses are is like a review of The Matrix that doesn’t tell you what the Matrix is. I would not be possible to talk about the many merits of both the story and the adaptation without telling you what Pilot Theatre isn’t telling you; so, in the style of the news just before match of the day, if you want to find out in the play, look away now. END_OF_DOCUMENT_TOKEN_TO_BE_REPLACED

After all the build-up there was to an event at the end of this month that was promised to be Mad Max and the Four Horsemen of the Apocalypse all rolled into one, March has been a bit of an anticlimax. But here’s what’s been going on in the meantime.

Stuff that happened in March 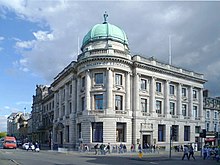 And the roundup of March begins with the latest chapter to something I’ve already written about in length. In February, the news broke that Edinburgh University had taken away C Venues’ base on Chambers Street. Whilst many people were celebrating C Venues getting their just desserts for their allegedly shitty treatment of venue staff – and I wasn’t particularly sympathetic myself – I thought this raised a number of serious questions. One of them was about Edinburgh University’s motives for handing the building to higher-budget Gilded Balloon. Another was about Fair Fringe, the campaign group who originally raised the issue of C Venues, seemingly take on a role of judge, jury and executioner. END_OF_DOCUMENT_TOKEN_TO_BE_REPLACED