Buxton Fringe is back, and it’s another interesting one. Two years ago there was a very unpredictable fringe when the building housing the key venue was closed for redevelopment – and yet, against all expectations, the fringe grew. This year, however, there was a change which everyone expected would push the numbers up, and it did: 213 events this year, up from 180; and about 750 performances, up from 500.

The change in question is extending the festival by three days from 18 to 21. At it stands, this is a temporary extension for just the fringe’s 40th anniversary year – but the organisers must surely be looking at registrations and ticket sales closely to see if this can be made permanent. Where there is a bit more of a surprise is where the growth has occurred. Doing the same number-crunching as I did in 2017, there are some interesting stats:

END_OF_DOCUMENT_TOKEN_TO_BE_REPLACED

Yes, reviews are like buses here: you wait for ages for one to come and then you get five at once. These are two fringe-size plays I saw between Brighton and Edinburgh. Both plays very different from what I expected, and not necessarily on purpose. But by accident or by design, two pleasing outcomes.

Skip to: Be More Martyn, Down to Zero

Any attempt to liken this to any other play is doomed to fail. The thing that prompted Hope Theatre to create this is the thing nobody wanted: Martyn Hett was one of the victims of the Manchester Bombings two years ago. This is verbatim theatre, and there’s no shortage of verbatim pieces uses to talk about tragedies: Motherland and The 56 immediately spring to mind. But, classics though these two are, Be More Martyn could not be more different in tone. This is the kind of tribute – because that’s essentialy what the play is – that would be described as a celebration of a life rather than the mourning of a death. You could even say “It’s what he would have wanted”, and far from being a patronising cliche, this is what make the play one of the best things I’ve seen.

The story is told from “The Frigg”, which a bar that Martyn set up in his own flat in Stockport (reason for name unknown). So we are told, parties at The Frigg were wild, as were the many madcap trips to Manchester. But according to the accounts of these eight friends, there was more to Martyn than a party animal – he had a reputation for picking up with waifs and strays with few friends of their own and bringing them into his group. END_OF_DOCUMENT_TOKEN_TO_BE_REPLACED

Time to catch up on reviews, and to start with, three stage plays that all have one thing in common: the stories are all well-known films. One is a straight adaptation from screen to stage, one is a book with an adaptation heavily influences by the film, and one is adapted straight from a book that already has many films to its name. But there was golden rule of adaptations that relevant to all of the stage productions:

Although it may seem condescending by today’s standards, Rain Man was considered ground-breaking for its day, for its depiction of someone who not that long ago society would have written off as a useless burden. “Rain Man” is Raymond Babbit, but before we can talk about him we must talk about Charlie Babbit. He is the successful owner of a car dealership business thanks to his silver tongue, or rather was – he’s bullshitted one time too many and finds himself owing too much money he doesn’t have. By chance, he gets the news that his wealthy estranged father has popped his clogs, but unfortunately for Charlie his father has not forgotten his side of the grudge and instead left his fortune to a brother he never knew he had: Raymond – severely autistic, can’t look after himself, but with some extraordinary gifts. Charlie wants to get to Raymond so his business can be saved from bankruptcy; what he really needs Raymond to save Charlie from himself.

This stage version of Rain Man is a very faithful adaptation of the film, transplanted almost scene for scene. That’s not always easy. Most plays brings characters to one or more locations on stage, but most films follow one or more characters around. Luckily, this story lends itself very well to a being told over a set number of scenes, and also manages to do it without – one of my pet hates – unduly extravagant stage effects to reproduce moments of films that aren’t needed. There is one criticism I’m obliged to make, and that’s bringing in their own proscenium arch. At Northern Stage, this made the play impossible to view from the front side seats, and I had to move in order to see the play. It would not have been at all difficult for actors of this calibre to adjust to the slightly wider stage on the fly, so I don’t understand why they didn’t. That odd decision aside though, were it not for the fact this is film everyone’s heard of, the stage version of Rain Man could almost pass off as something written for the stage all along. END_OF_DOCUMENT_TOKEN_TO_BE_REPLACED

Last summer I recommended Yen at the Edinburgh Fringe. As director Hetty Hodgson has previously twice hired the City Theatre which I’m a trustee of, I couldn’t include this in the reviews, but I nevertheless raved about this as much as I could short of the review. All four of her productions I’ve seen (three at Durham and one at Edinburgh) have impressed me, so with her fifth and final production within Durham Student Theatre coming up, I caught up with Hetty to talk about this latest play, here experiences of Edinburgh, and more.

If we start with what’s coming up next week, tell us all about the play.

It’s a play called Beats, it was written by Kieran Hurley, and performed first in 2012 at the Edinburgh Fringe then it went on to London for a bit. So it’s a play about a boy, fifteen years old, when rave culture was banned in 1994, and it’s all about youth solidarity and the power of the youth and quite interesting and really cool because it’s a one-man show.

We’re performing it in Wiff Waff, in one of Durham’s nightclubs, so that’s a bit different, it’s a bit more immersive, it’s site-specific in some ways, and it’s got live video and visuals throughout, and also a live DJ, so I guess it’s more of a multimedia show than anything else I’ve ever done. And it’s been really interesting, both in creating work with an actor, but also a huge focus of it is the music and the video because that’s something that’s consuming throughout – that’s been really fun to work with.

END_OF_DOCUMENT_TOKEN_TO_BE_REPLACED

Skip to: A Thousand Splendid Suns, Educating Rita, Season’s Greetings, The Importance of Being Earnest, Be More Martyn, Ask Me Anything, And She, Naked Hope, The Cheviot, the Stag, and the Black Black Oil, Stepping Out

And whilst I have been finishing of my Brighton Fringe coverage, summer has crept up on me, although it is still spring if you’re using the definition based on solstices and equinoxes, so there. This time of year is quieter than the rest of the year as a lot of theatre companies wind down and turn attention to fringes, but not everything stops and these are the things I have for you.

As always, the rules of what goes into recommendations can be found here.

To begin with, four choices from companies I’ve seen before and rated their work. No play appeal to everybody, but if you like the sound of what I’ve written, and what they’ve written, you can be as confident as can be you’ll can be. 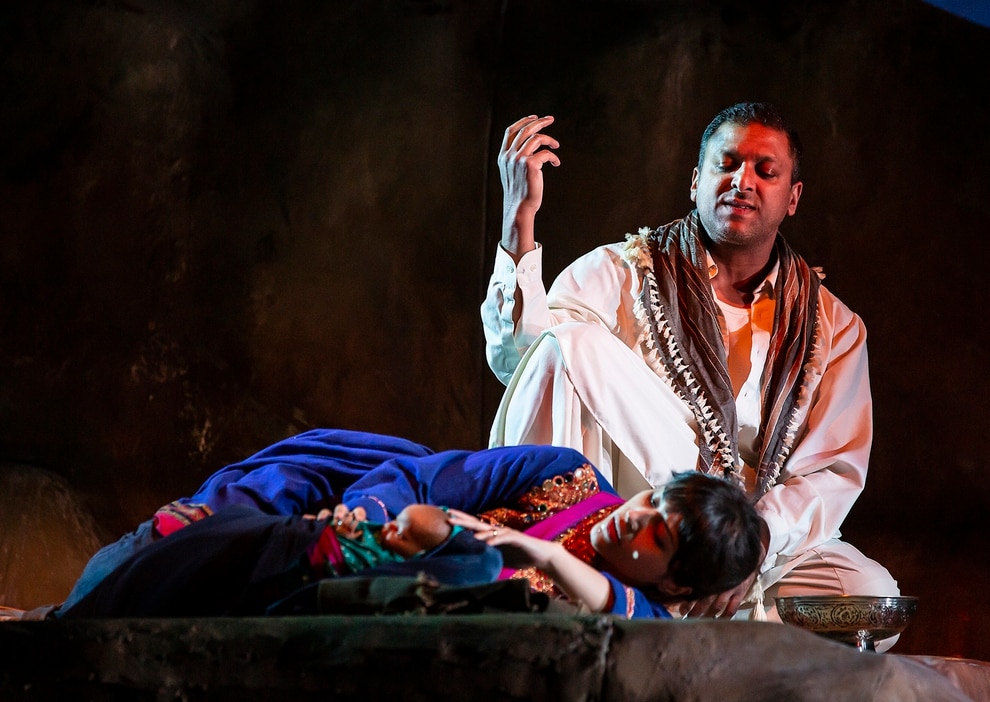 Northern Stage’s headline play this season. This is a stage adaptation of two very famous books written by Khaled Hosseini. Although I haven’t read either of the books, I saw the film version of The Kite Runner, which was excellent. Both stories are set in Afghanistan before and after the rise of the Taleban, and in The Kite Runner it followed the story of a boy who is forced to flee with his father leaving behind his best friend. In A Thousand Splendid Suns, the focus is on women in Afghanistan. No-one needs reminding of the deal that women had under Taleban rule, but this story is about more than, promising strength and unity in the darkest hour. END_OF_DOCUMENT_TOKEN_TO_BE_REPLACED