I’ve been meaning to write this for several months, but now I’d better get a move on. Next month the programme for Lumiere is revealed, and as this is a 10th anniversary Lumiere, they are going to give this a special theme I’m unofficially naming “Lumiere’s greatest hits”. There will be a few new installations coming, but most of them will be some of the most popular installations over the last five biannual festivals. In which case, here’s a good opportunity to give my own wish list for my dream Lumiere line-up.

Here’s the rules of this game. These installations are all personal favourites of mine, but I have taken into account popularity amongst other people too. I have, however, set myself a rule that it must be possible to put these all into one festival. I loved most of the centrepiece installations in the Market Place, for example, but the Market Place can only have one centrepiece at a time. Very occasionally, I will take the liberty of advocating moving an installation, but that is strictly reserved for cases where there’s two installations in the same place and I can’t bear to let either go.

Footnote: I’ve found out through my channels that one of these on the list is coming, but I won’t say which one because I respect embargoes. But it was already on my wish list before I knew it was coming.

Are you ready? Then here we go:

The best of Durham that I want back 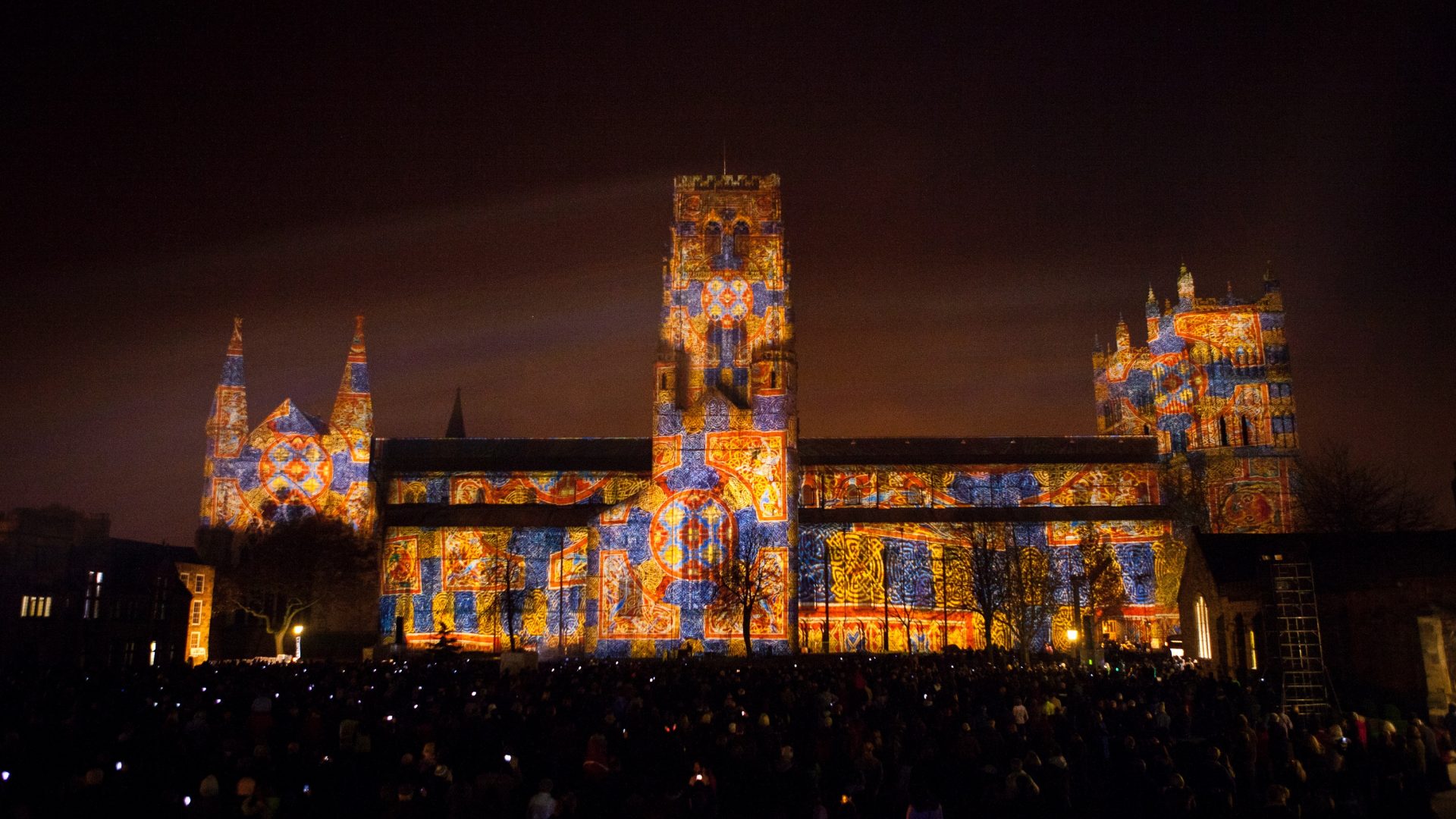 Some people said that this installation was overused after coming back for a third appearance – but it would surely be unthinkable to leave out this iconic projection over the first three festivals. The images of the Lindisfarne Gospels projected over Durham Cathedral was the definitive image of Lumiere, and without this I doubt the festival would have catapulted the festival to national fame. As well as the images, the music used for the project – existing music though it may have been – was perfect for the setting. Nothing says Lumiere more than Crown of Light – surely surely surely this has to be in the 10th anniversary lineup. END_OF_DOCUMENT_TOKEN_TO_BE_REPLACED

COMMENT: Mass participation events at arts festivals are fun. It should not be used as a substitute for supporting people’s creativity – and especially not by Manchester International Festival.

For those of us with sufficiently obscure senses of humour, there is a cult series online called Don’t Hug Me, I’m Scared. I can best describe this as Sesame Street if David Lynch had directed it, where innocent-looking “educational” songs turn into surrealistic drug-fuelled nightmares in the final two minutes. My favourite episode of all, however, is the first one: a notebook singing a catchy tune to “get creative”. However (ignoring the upcoming drug-fuelled nightmare for a moment), when you listen a bit closer, you notice that this notebook has very exact ideas of what does and doesn’t constitute permissible acts of creativity. Incorrect art is decried or destroyed; even picking the wrong colour is a serious offence, because “green is is not a creative colour”.

This may not seem relevant to what I’m about to discuss, but please bear with me. END_OF_DOCUMENT_TOKEN_TO_BE_REPLACED

Skip to: Build a Rocket, The Turn of the Screw, Jane Eyre, Les Miserables, And She, Hound of the Baskervilles, Lord of the Flies, Poplab, There’s Someone Coming Through, Clear White Light, Playland, Season’s Greeting / Birthdays Past, Birthdays Present, Scarborough

Damn. Only barely finished my Edinburgh Fringe coverage at it’s autmn already, which means I’d better get on with another season of recommendations. As always, this should be considered a cross-section of what’s out there rather than a definitive list – if you want to know the full rules of what goes into recommendations you can come this way.

Starting with the top tier, these four are plays where I have very strong reasons to believe – either because I’ve seen the play before or on the strength of other plays from the company – that you can’t go wrong with any of these. It will need to be something that already appeals to you – if, for example, you hate musicals, the one I’ve listed here will probably not change your mind – but if this sounds like the thing for you I’m making a firm call.

Heading the list this season is a play I saw at the Edinburgh Fringe last year, produced by the Stephen Joseph Theatre. Serena Manteghi reprises her role as Yasmin, teenager with a future ahead of her who suddenly loses it all when she ends up pregnant, especially when neither the low-life father nor her own mother are any help. In a different play that would be the end of story – indeed, this was how a minority of reviewers saw it in Edinburgh. The play got decried by some as “poverty porn” for playing to the a working-class stereotype, but that really misses the point. Far from entrenching those stereotypes, it challenges them by moving on to what happens afterwards in the next 18 years, as Yasmin slowly picks herself up and builds a new life with her son Jack.