Normally, the problem with these Fringe preview articles in wondering how to open them without it sounding the same as all the ones from previous years. Not this time. Brighton Fringe has taken a major hit with Coronavirus, postponed five months and only a fraction of its normal size. But with Edinburgh Fringe cancelled outright and Buxton mostly taking place online, the fact that a physical Brighton Fringe has managed to go ahead in any form is a big achievement.

It’s fair to say that, this year, Brighton Fringe is playing for pride. Had Coronavirus come under control a month or two sooner and stayed under control, you might have had a huge autumn fringe absorbing many of the would-be Edinburgh acts. But instead, social distancing is still is place and nerves over the lurgi are still fraught, so it’s a much diminished programme with only the most determined and most bloody-minded pressing ahead. But we we at chrisontheatre HQ admire determination and bloody-mindedness, and anyone who is in the programme, no matter how financially reckless that may be, has our respect.

To complicate matters further, it’s this time round it’s open to debate what should and shouldn’t count as part of Brighton Fringe. For a start, although the Fringe officially runs on the 1st-31st October, you are allowed to register shows running in one month either side, and some September-bound shows have indeed taken this up, meaning the Fringe has sort-of started already. The other complication is that Brighton Fringe’s most prominent venue, The Warren, has already gone ahead with an outdoor season. That almost certainly could not have waited until the official fringe; apart from the obvious disadvantage of mixing large venues open to the elements with October, The Warren Outdoors was also heavily dependent on giving Edinburgh-bound acts an alternative for August. They had to strike while the iron was hot. But even if that was officially separate from the Fringe, with such a strong associate you can consider it the fringe coming early (or late) in everything but name.

For more information about how The Warren Outdoors came about, and the lengths some performers went to so this was possible, please read my fascinating interview with Nicky Haydn if you haven’t already.

Safe choices, bold choices, wildcards and everything else

As there are a fewer plays to choose this time round, I’m going to skip the usual separation of safe choice and bold choice and instead just pick out what grabbed my interest. Some of these are performers I’ve seen before and liked, whilst for others I don’t know if they’re any good but are eye-catching. Here we go …

The Spirit of Woodstock

This is one of these counterintuitive Brighton Fringe shows that finishes its run before the Fringe’s official start, but it looks like one of the most ambitious shows under Brighton Fringe’s banner. A two-hour outdoor show (hence I presume the need to do it early), it’s a semi-immersive show that seeks to recreate the famous festival in 1969, with hippies, music, and all the works.

This is from Something Underground theatre company, who have kept a low profile recently, but were very well known on the Fringe in the first half of the last decade. It’s the project of Jonathan Brown, with Betsy: Wisdom of a Brighton Whore being one of his best-known hits. It’s nearly finished, but if you want to catch this it’s at St. Ann’s Well Gardens in Hove and runs until 27th September. Warm clothing advised, so I guess you can’t fully recreate the summer of 69 and turn up naked. Apologies to those Brightonians into this sort of thing.

One section of the programme unique to Brighton Fringe is “tours”. It’s a niche interest in Brighton but amongst those who go, Geoffrey Mead has earned a reputation as the favourite, with particular praise going to his gimmick-free style and encyclopaedic knowledge. This year, he suddenly finds himself as a hot contender for longest-running live event of the fringe.

This time, there are two tours on offer, both on weekends. There is a Clifton and Montpelier Tour at 11.00 a.m. (some dates excluded), and a London Road tour at 2.00 p.m. Both tours last 90 minutes, and if you’ve always wanted to know more about the city that hosts England’s largest fringe, now is a good time do to so. 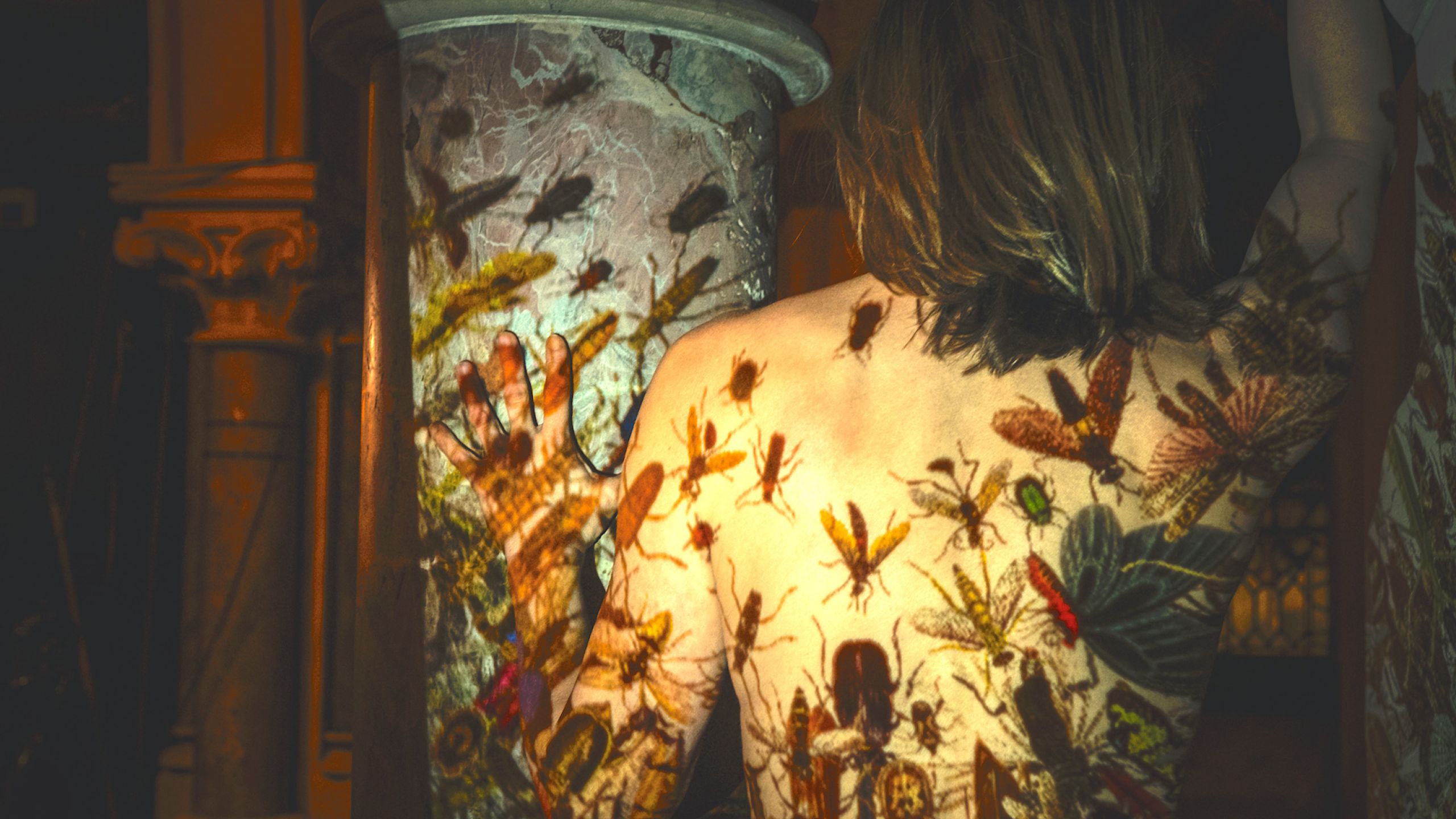 Actors of Dionysus had plans in place for an ambitious piece at regular Brighton Fringe before it was postponed, and they’re pressing ahead with the postponed fringe – but for once, the events of 2020 might just work in their favour. They have previously been described as having “an enviable reputation for making Greek Tragedy seriously sexy”, but their big advantage right now is a track record of outdoor productions at a time when outdoor productions are all the rage.

Savage Beauty was originally performed in 2015 as a collection of Greek poems and plays, but this 2020 revival looks a much more ambitious affair, incorporating live projection and live choral singing from around the world. In a normal year this would be a gamble, and it still is, but with thinner competition to stand out from the crowd, this might just be the one that everyone remembers. To find out if this pays off, come to Lionhouse in Hanover (that’s to the north-west of the centre) on the 2nd – 4th October at 7.15 p.m.

Anytime the Wind Can Change

And one last highlight from outdoor theatre that has done so well in the last few months when given a chance. This time, it’s at Brighton Open Air Theatre. Whilst The Warren Outdoors has been the most prominent and impressive venue over the summer, BOAT has also has a good summer, with many of their shows selling out, albeit with reduced capacity. BOAT does actually have a backstory I had no idea about, but this deserves its own coverage and I will come back to this another day.

There a several shows across various categories, some registered with Brighton Fringe, some not, but the one that grabs my interest the most is Anytime the Wind Can Change. Showing on the 7th-8th October at 7 p.m., it begins with a half hour of live music, followed by a forty-minute show of puppetry and music telling a tale of two lonely giants on the opposite side of the ocean.

A lot riding on this. Previously, BOAT has been in a footnote in a festival dominated by giants such as Warren, Sweet, Rialto and Spiegeltent. Pull off a good season whilst the indoor venues are either closed or at reduced capacity and we might see this venue taken a lot more seriously at next May’s fringe. 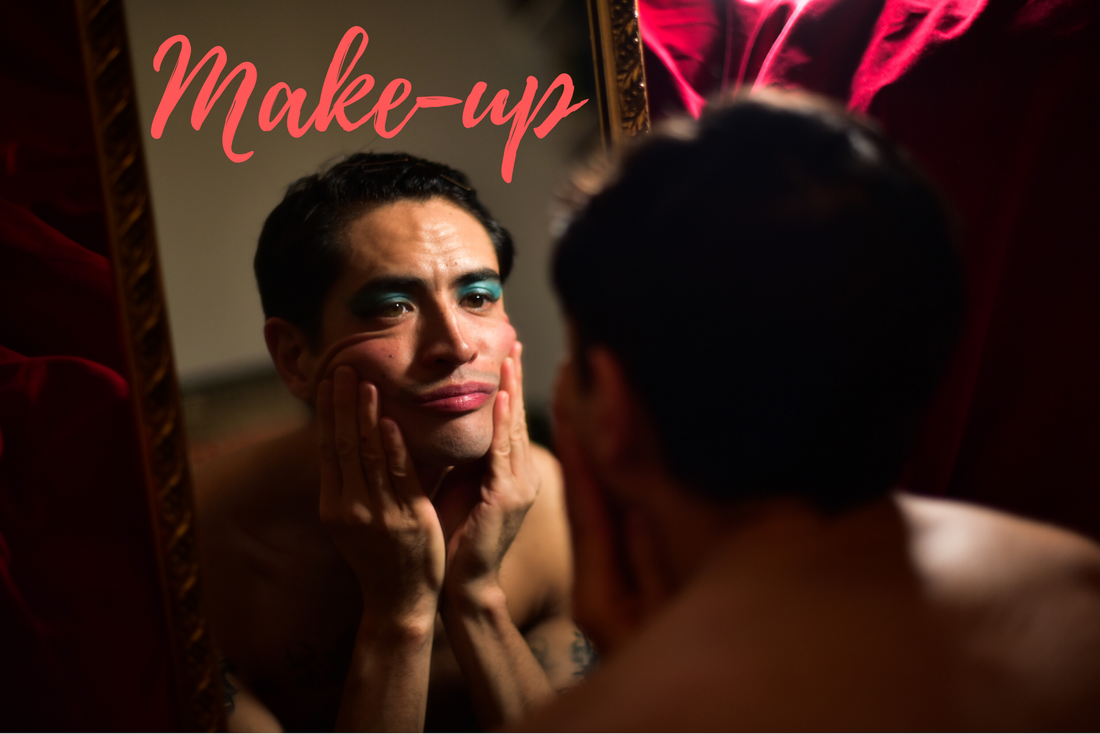 With The Warren Outdoors closing its season shortly before the start of October, Sweet Venues Brighton is temporarily the largest venue of Brighton Fringe (and arguable the largest venue on the fringe circuit). A much reduced programme, but still a decent selection is on offer over the month. Sweet is at a bit of an advantage here, because Werks Central where they were based is a hub of creative offices and has been open for ages, but who’s complaining?

Most of the shows on offer grad my interest, but one of the names that particularly gets my attention is NoLogo Productions. They are a familiar name to Buxton fringe regulars, but I’ll admit the last play of theirs pre-dates this blog: Are You Lonesome Tonight?, a charming story about a couple of Elvis fans who end up going on a pilgrimage of all the places The King was due to perform after his untimely toilet-themed death. (I’ll also own up to a bias here: NoLogo Productions are partly responsible for me taking up reviewing in the first place – I chatted the them about the plays I’d seen at Buxton and they asked if I was a reviewer.)

This is the story of Lady Christina, a fading beauty on the drag scene. She’s tiring of audiences looking for something a little naughty, and when she goes back to he and Christina goes back to Christopher, it’s a different world. But can Christopher live without his glamarous alter ego? This shows on the 7th – 10th October at 8.35 p.m. at Sweet Werks.

Jekyll and Hyde: A one-woman show

Sweet Venues run a few of their own productions, and they’re not putting this on pause just because of a plaugopalypse. Heather Rose-Andrews is a regular performer at Sweet Venues, both as a visiting show and Sweet’s in-house productions. This year, she is doing a gender-swapped version of Jekyll and Hyde.

I am sometimes sceptical of gender-swapping. Whilst there is a historical imbalance of male central characters (owing to a combination of unimaginative gender roles in fiction and unimaginative gender roles in real life), I’m not sure you do much by telling the same story but the hero’s now a woman. This story, however, stands to be interesting as a gender-swap. I’m not sure if Henry Jekyll is now Henrietta Jekyll or whether she’s still playing Henry, but there’s a lot of potential here with a female Jekyll/Hyde. There’s no reason why a such a character has to be different from the male original, but way society would treat her certainly would be – and that would be interesting indeed. Whatever she has in store, see it on the 23rd – 26th October at Sweet Werks.

As a Brighton Fringe and Sweet Venues stalwart, Heather Rose-Andrews was always a hot bet for this autumn fringe programme, but this name is, in hindsight, the least surprising. In retrospect, if there’s anybody who would have pressed on with Brighton Fringe come hell or high water, it’s Sam Chittenden. and press on she has. More modest ambitions than last year, when she had three plays on the go, but the one coming this time is billed as a thriller where Cathy from Wuthering heights meets the person who created her.

Sam Chittenden is frequently lauded as feminist writing, but what makes her writing different is how this is understated. In last year’s hit Sary, what stood out was how an act of violence that would horrify today’s society was causally accepted as normal behaviour, and the victim’s problem rather than the perpetrator’s. You can find out what is in story here on the 26th October – 1st November at Sweet Werks at 6.15 p.m.

The Trial of Harvey Matusow

Before the panics over Mexicans, Iraqistanis and those pesky Muslimites, there was the panic of the communists. To be fair to 1950s America, there were good reasons to be worried about communism given the antics of a bushy-moustached sociopath, but the response to this was to ostracise everybody claimed to be communist, secretly communist or fidgeting in a communist way. Senator McCarthy led the movement, but much of the dirty work was done by Harvey Matusow, a “paid informat”, which means exactly what you think it means: being paid to concoct any old spurious evidence against anyone he was told to. Remember: any attempt to defend anyone from these ludicrous charges is proof that you too are a communist. (Coming soon: the grand purge of anyone deemed secretly Democrat or secretly Republican, depending on which part of America you live in.)

Robert Cohen gives a nice easy-to-understand potted history of The Most Hated Man In America (as he came to be known). It clearly covers the background to the infamous Red Scare, Matusow’s own shabby part in it, how he turned whistleblower, and how McCarthy eventually overplayed his hand. There’s also extras such as the injustice of Matusow’s vilification whilst many of McCarthy’s allies got off scot-free (at least, to start with), plus a few extras on his unconventional personal life. No show in Brighton this time, but you can see this at Stroud Theatre Festival on the 2nd – 4th October, various times.

One thought on “What’s worth watching: Brighton Fringe 2020”