Patrick Marber and Ivo Van Hove’s take on Isben’s iconic character is a great adaptation, but also an uncomfortable one. Here’s why it has to be uncomfortable to watch.

This is a new thing in my blog: for the very first time, I’ve got to put a content warning on a review. I have a policy that this blog does not use content warnings when common sense would do the job. Content warnings serve one purpose and one purpose only, which is that if something is coming that one could reasonably expect some people to find distressing, you give an advance warning. Said people can then choose whether to stop reading, or brace themselves and carry on. Most of the time, the title and opening paragraph make it obvious enough. If I review Romeo and Juliet, it’s going to have references to suicide. If I review To Kill a Mockingbird, it’s going to have references to racism. There’s no point warning people you’re going to mention something sensitive if it involves mentioning the very thing you’re trying to warn people about.

But there is an important difference here. So far, whenever I’ve talked about a play with upsetting themes, I’ve only ever had to touch on them in the review – the full harrowing details can stay in the play itself. This review, however, is different. The National Theatre’s production of Hedda Gabler was on of its most successful productions, ending a run of disappointments. But it was also one of its most controversial productions because of its depiction of sexual coercion. This needs talking about, and in order to that, we also have to talk about some horrible things that happen in real life. This will come later in the review, but it will come. Consider this your content warning. END_OF_DOCUMENT_TOKEN_TO_BE_REPLACED 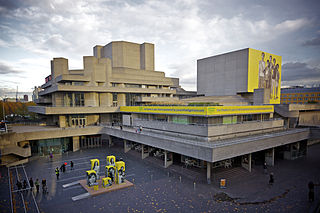 COMMENT: Normally I’d welcome major theatres including bloggers in their press nights – but the move by the National Theatre smacks of a move towards a system of self-censorship.

Ladies and Gentlemen, chrisontheatre.wordpress.com is proud to announce its first ever boycott. Up to now, I’ve done the odd “soft boycott” – for example, last year I chose to ignore the programmes of Forest Fringe and Summerhall (Northern Stage excepted) because of their involvement in political censorship the year before – but this time I’m saying it loud and clear. If I am invited to the National Theatre on a press ticket to review any of their plays, I will refuse. Observant readers will note this isn’t a terribly meaningful gesture because I don’t live in London and therefore I’m boycotting something that almost certainly won’t happen anyway. But with bloggers and online publications already stepping forward to applaud the move (“Bravo! Far better than those self-entitled newspaper reviewers’ plus ones!”), I guess it’s up to me to be the party-pooper. Because if this move is not already setting alarm bells ringing in your head, it should be.

It shouldn’t have been this way. I reject the notion that the print media has a special superior status over online media for reviews. I don’t even think I’d miss the print reviews if they disappeared. The column inch limit constrains the depth you can go into, and in the case of the National Theatre, it’s never really made sense to use space in a national newspaper for something 80% of the country can’t view anyway. The only thing where the print media might have something over the online media is with the quality of the reviews, but as I’ve already said, I don’t give monkey’s what your historical or intellectual background it – all I care about is how useful your reviews are to me as a punter. A reviewer or a publication might earn our trust, but ultimately print reviewers are in competition with online reviewers for readers. May the best critic win.

I welcome the arrival of online media, both online publications with an editorial direction and fully independent theatre blogs of individuals. The wider the range of opinions out there, the better. But arrival of the theatre bloggers has created a new problem which wasn’t there before: online reviewers aren’t just in competition for readers. They are also in competition for press tickets, and engagement with theatres in general. And this situation is something big theatres can easily abuse to exert some control over reviews of their plays. Sounds paranoid? Let me explain. END_OF_DOCUMENT_TOKEN_TO_BE_REPLACED

War Horse, like most London theatre, has spectacle as its main attraction – but it’s a much bolder spectacle that the usual West End offerings.

For once, I’m not going to give a critical run-through of War Horse – it’s already got overwhelming praise from, well, pretty much everybody who’s ever seen it, so I doubt my verdict will make any difference one way or the other. Instead, I’m going to ask a tougher question: does this justify the large public subsidy that the Royal National Theatre gets? Because although the Sunderland Empire calls itself “The West End of the North East”, the National isn’t a West End Theatre, and it’s not just because of its location – the difference is that all the West End Theatres are entirely commercially self-funding. The National justifies its public funding on the grounds that it can take risks. That’s quite an easy claim to make – it’s not hard to be more adventurous than the formulaic shows that make up much of the West End – but you also to show something for it. Yes, you can have the odd dud every now and then, the gambles that didn’t work out, but you need to prove yourself with the risks that paid off. Step forward Exhibit A, War Horse.

When you’re the flagship show of the flagship venture of subsidised theatre, there’s two things you need to prove yourself. Firstly, you need to be popular with the public – there’s no doubt War Horse has achieved this, if the near sell-out at the Sunderland Empire is anything to go by. But the second challenge is harder: you need to offer something extra, over and above what the West End gives us. That, I felt, was where One Man Two Guvnors was weak. What are paying our taxes for? What does the National give us that the self-funding West End doesn’t?

END_OF_DOCUMENT_TOKEN_TO_BE_REPLACED

One Man, Two Guvnors is more of an entertainment show than a play – but should we be looking down on slapstick?

London Theatre. Hmm. I’m yet to be convinced by their offerings. Only a minority of West End theatres actually stage productions I could describe as theatre; most of the time it’s musicals with little interest in story or script and lots of interest in the spectacle and razzmatazz and celebrity names. Now, before anyone tries out out-pedant me and point out that the Royal National Theatre is not located in the West End part of London, yes, I am aware of that thank you very much. I am also aware that, unlike the West End, the National Theatre gets s subsidy which, in theory, allows it to take risks the West End can’t. But still, when you’re running large-scale productions in one of the most expensive areas of the country you have to keep one eye on the budget and ticket sales – arguably different from West End producers who have both eyes on the budget, but a constraint on artistic freedom nonetheless. Anyway, the National Theatre is current showcasing One Man, Two Guvnors to the country with a tour, having just completed its week-long run at the Newcastle Theatre Royal. So … does this justify my taxes?

This play is an adaptation of Carlo Goldini 18th-century classic The Servant of Two Masters. It’s a standard story of girl meets boy, boy meets girl, girl’s twin brother challenges boy to duel, boy kills prospective brother-in-law and flees to Venice, girl disguises herself as late twin bother to collect dowry money from his would-be-in-laws, late twin brother’s ex-betrothed gets engaged to new man, new man gets jealous when ex-fiancé (actually ex-fiancé’s twin sister, of course) shows on the scene. Just in case there’s insufficient scope for hilarious consequences, enter Truffaldino, a rather hungry servant who sneakily takes up employment with aforementioned boy and girl-dressed-as-boy, not realising they are looking for each other. Richard Bean transplants the story from 18th-century Venice to 1960s Brighton, and Truffaldino becomes the titular role of Francis Henshall. Unlike historical Italy, homicide by duelling is generally frowned up in 20th-century Britain, so the story takes place in the semi-seedy semi-underworld of the popular south coast resort, a society slightly more lenient with these sorts of discrepancies. Other than that, Richard Bean doesn’t seem to have fiddled with the story too much, with the core plot preserved in the adaptation.